Not everyone who engages with your post on social media actually sees or hears it.

2.2 billion people globally have a vision impairment or are blind, according to the World Health Organization. In addition, there are about 466 million people in the world who experience hearing loss or are deaf. If you’re not taking steps to make your social media more accessible, you’re excluding a significant percentage of the population from engaging with your content.

Creating accessible content means you need to be intentional about inclusion. Here are six tips to help you get started.

Some social platforms limit the number of characters for alt text (e.g. LinkedIn limits it to 120 characters, while Twitter’s limit is 1,000). In general, you should aim to keep alt text under 125 characters because many screen readers cut off at that point.

Avoiding text-heavy graphics is typically a good idea since graphics with flattened text are problematic for accessibility. All of that text should be added as alt text so it’s accessible by screen readers, but a text-heavy image likely has too many characters to fit. Instead, it’s usually better to link to a webpage or some other location that has all of the text in a format that’s accessible to screen readers.

This is one example of how to handle a text-heavy image: 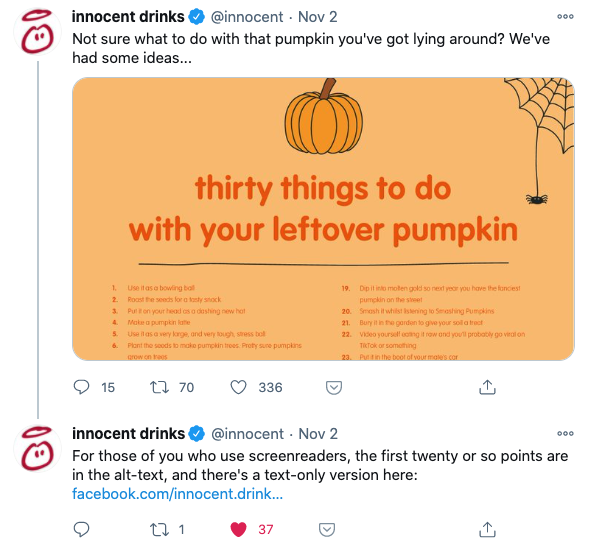 2. Be mindful of emojis

A screen reader automatically reads emojis so, depending on how emojis are used in a post, it can be jarring to listen to.

That’s a lot to try and make sense of. Especially if there’s text surrounding it.

A better option is to use a string of the same emoji and stick it at the end of the text.

…is read by a screen reader as this: “Six red heart.”

It’s also important to note that you should never use an emoji to replace a word in your post. The best way to handle this is to place the emoji at the end so it’s clearer for those using a screen reader.

Write it like this: Time for cake and ice cream! 🍰🍦

An even better option is to consider skipping the emoji altogether. In many cases, you probably don’t need emojis to get your point across and your emoji-free message would be easier for a wider audience to understand.

When creating lists in a social post, it’s generally best to avoid using emojis within the list items. Put an emoji at the end of the list instead. It’s less confusing when encountered by a screen reader. 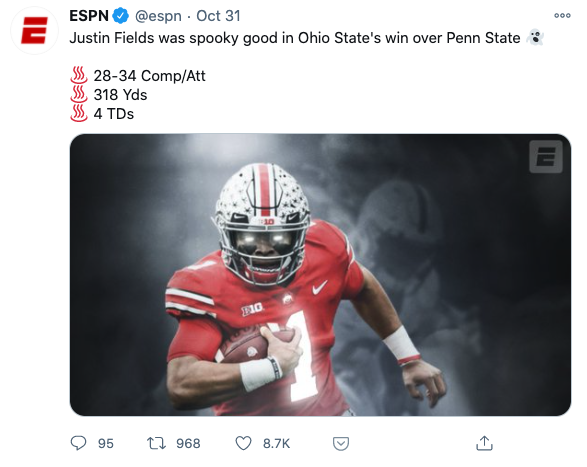 Using a large amount of emojis or symbols to create some sort of design in a post (like the examples below) can be fun, but it’s not an accessible form of communication for people using screen readers. A better alternative is to create the meme, take a screenshot of it, then post the image along with alt text so it’s accessible by everyone.

The same goes for posts using unicode characters (like in the example below). These characters aren’t accessible by screen readers. If you must use them, take a screenshot and post that image along with alt text.

Whenever you post a video, always make sure it has subtitles, as shown in the below example, so it’s accessible by those who are deaf or hard-of-hearing. This is becoming a more common practice since many users (even those with average hearing) watch videos with the sound off on social media. 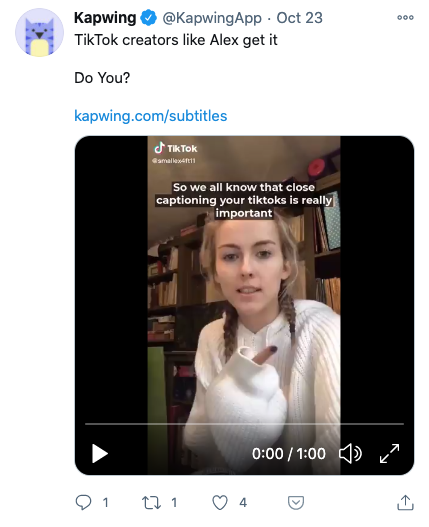 4. Use camel case for hashtags

An all-caps or all-undercase hashtag might look nice. But it’s difficult to differentiate the words for your followers with average vision — and for those using screen readers, it’s almost impossible to understand it correctly.

Capitalizing each word in the hashtag helps those with average vision and it ensures screen readers say each word correctly. Without camel case, screen readers will attempt to read the hashtag as one long word. In the example below, the screen reader not only mispronounces the uncapitalized hashtag, it also states that the hashtag is mispelled because it’s trying to read it as all one word.

5. Put hashtags and links at the end

It’s usually a good idea to place any hashtags or links at the end of a post as shown in the example below, rather than mix them in among other text. Hashtags or links in the middle of a sentence or paragraph can be confusing when announced by a screen reader. 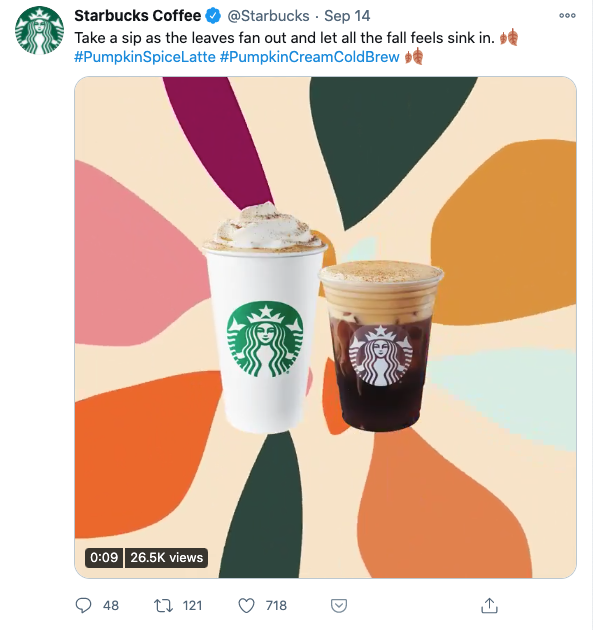 6. Give context for links

When a link is presented without any intro, it can be difficult for people using screen readers to know what the link is for. Include some context to announce the link, like the example below shows, and make it apparent what the link leads to. 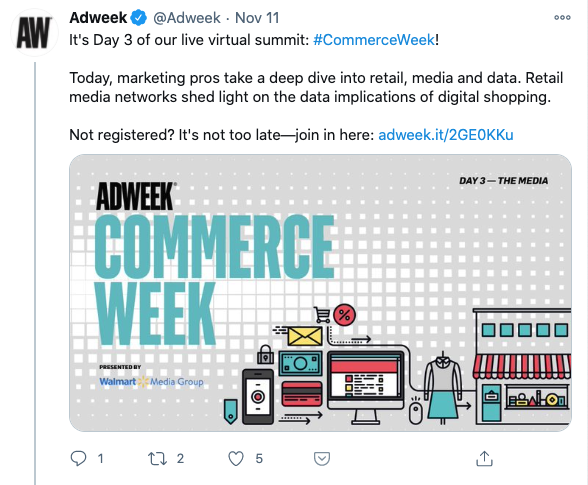 How has your business adapted your social media strategy to be more inclusive and accessible? We’d love to hear about it. Give us a shout @workifyco.

Social Media Metrics to Track for Your Brand

Read more, Social Media Metrics to Track for Your Brand

9 Sources for Free Marketing Images You'd Actually Want to Use